While searching for walks to do on the internet, I came across one that was from Todmorden to Mytholmroyd. I’d never heard of Stoodley Pike monument before but it’s bloody enormous so a circular Stoodley Pike walk was planned. To be able to say we couldn’t see the thing when we were little more than 100 yards away shows the kind of weather we were faced with! 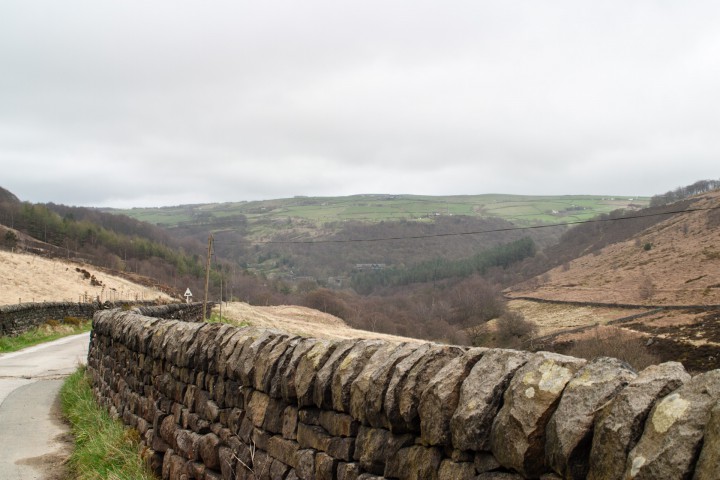 It’s a lovely drive to the walk, once you get past Sowerby Bridge (depending on the direction you’re coming from, of course). There’s a big walking and camping gear shop called Springfield Camping on the road out of Sowerby Bridge. If you’re passing it’s worth popping on for a look. It’s not the cheapest place in the world, mind.

The walk (and the downloadable route you’ll find below) was meant to start at a car park at Withens Clough Reservoir but as they were working on it, the car park was closed. Instead, we set off from close to The Hinchliffe pub, parking on the road a little up the hill. It looks like it might get quite busy on nice days but if the car park’s open as well I expect you’ll be fine.

Walking up the hill towards the reservoir, there’s not a whole lot to look at. Turn around when you’re half way up, however, and you’ll have a lovely view down the valley.

As you approach the reservoir, usually you’d have two choices. One is to follow the route on the map, taking the shorter route alongside the reservoir and turning right about two thirds of the way along. The second is to walk across the dam, around the reservoir, though still taking the same turning as option one. We were afforded no such luxuries, being forced up a slope and over some grass around where all the work was going on. A bit of a shame really but it was very well signposted and caused us little trouble. Eventually we rejoined the road that runs alongside the reservoir and took the turning off onto the moor.

Once away from the reservoir there’s a relatively steep climb up to the top of the moor where you’ll see Stoodley Pike Monument for the first time. We were incredibly unlucky as fog brought visibility down until we couldn’t see more than 50 yards at one point. The paths aren’t particularly clear either so I was pleased to have my GPS on me, telling us when we were veering off course. 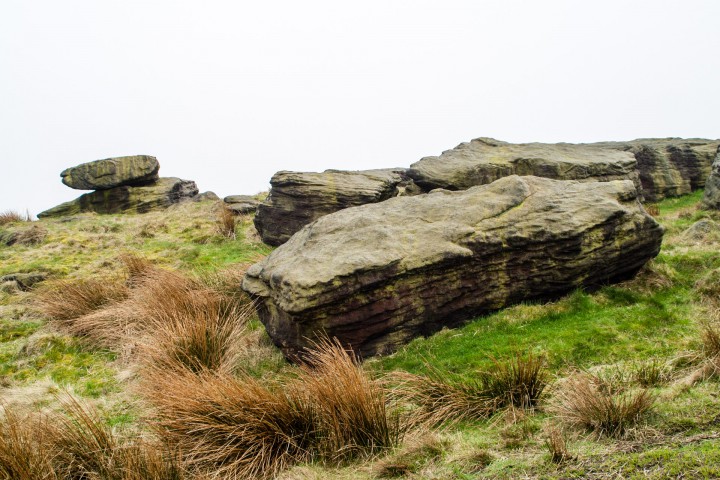 It’s was quite marshy up on the top with it being so flat with large puddles surrounding the stiles that straddled the walls. If you like big rocks you’re in luck too as there’s a few of those about.

After climbing one of the previously mentioned stiles, you’ll begin the walk to the main landmark, Stoodley Pike Monument. You probably won’t believe me when I say the we couldn’t see it whatsoever until we were less than 100 yards away but it’s true. I’ve never known anything quite like it! It’s like not being able to see the Eiffel Tower when you’re stood underneath it.

It’s a real shame the weather was the way it was. It started throwing it down with rain as we got to the monument so took refuge inside for 10 minutes. I’d have loved to have taken some good photos of the thing and some close ups of what it represents (it commemorates the defeat of Napoleon and the surrender of Paris to the Allies) and to have gone up the steps and generally wandered around it for a bit but it wasn’t to be. The views into the valley to the towns of Todmorden and Hebden Bridge would’ve been nice, too. I’ll go back one day, I have another station to station walk planned which goes right past it.

Within 5 minutes of leaving the monument, the fog lifted. Typical, eh?! Walking down through a wooded area, we had to abandon the planned route for a second time and a field we planned to walk through was completely waterlogged. Instead, we turned back and turned right out of the woods towards Cragg Road, getting onto the track a little further up the hill than planned. 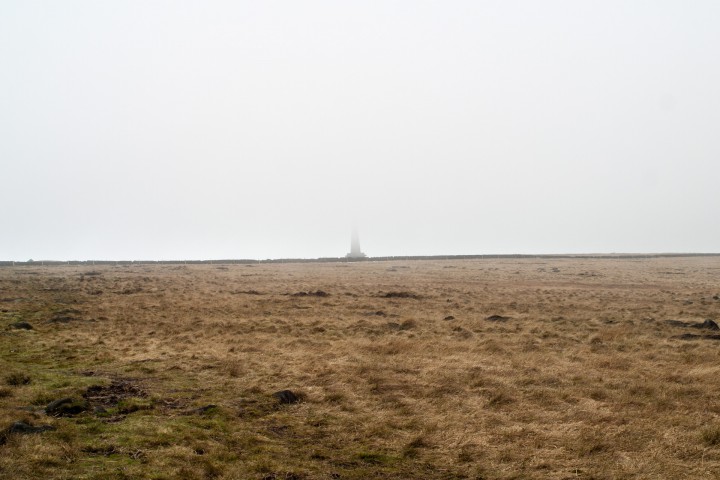 Part of this route uses a footpath through someone’s garden which they ask you not to use, instead using a marshy path through a field. I’m all for privacy and all that but if you don’t want a public footpath running through your garden, don’t buy a house that’s got a public footpath running through the garden. We decided not to use either and continued down the road eventually rejoining the planned route at Crumber Hill.

It starts getting a little steeper downhill here as you get towards Cragg Brook and some of the paths are a little difficult to make out. The general rule is get into the woods and to keep going downhill until you’re alongside the river.

The walk alongside the river is lovely and there’s a great view across the valley to Cragg Vale. There’s also an old watermill which is worth a look, if you like old engineering, that is!

Getting back to the car, we decided that it was probably a good thing that the car park was closed as we didn’t have a long, fairly dull, uphill walk just to get back to the car and drive back down it again. At least, after the rain, fog, bogginess and the car park being closed, something went for us eventually! 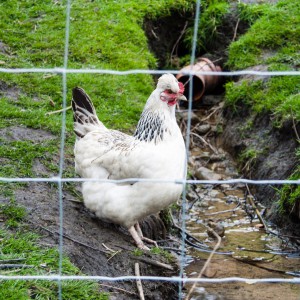 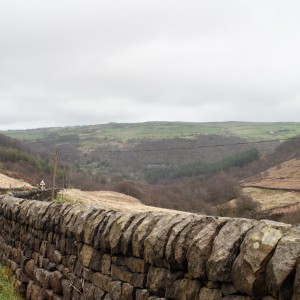 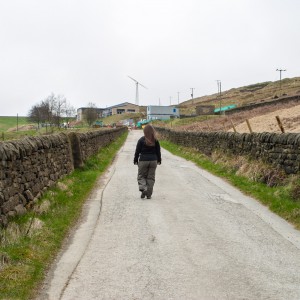 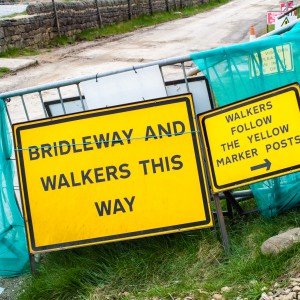 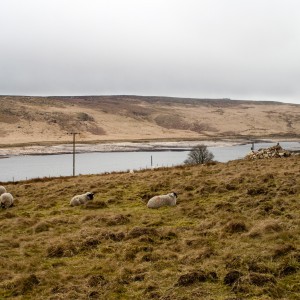 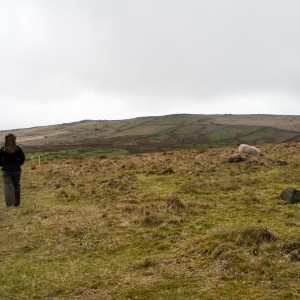 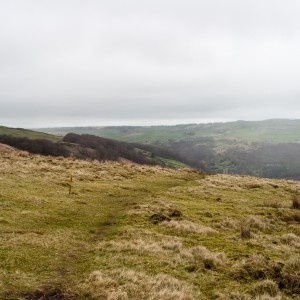 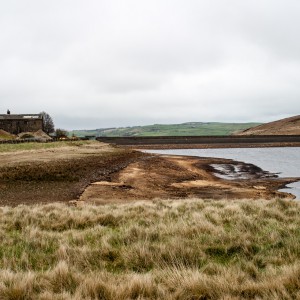 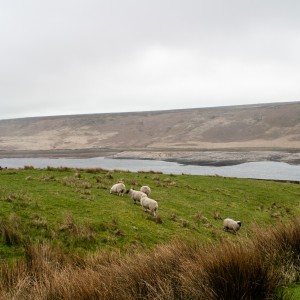 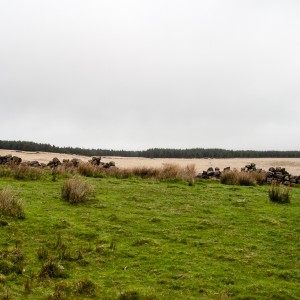 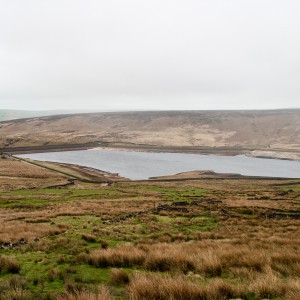 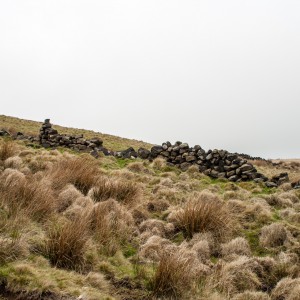 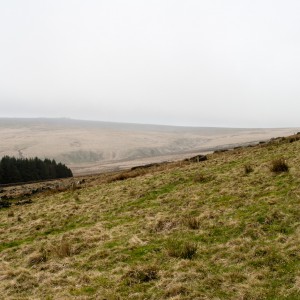 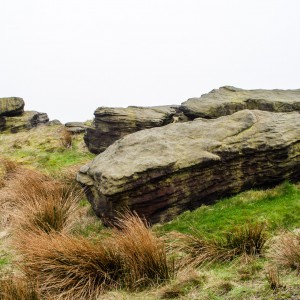 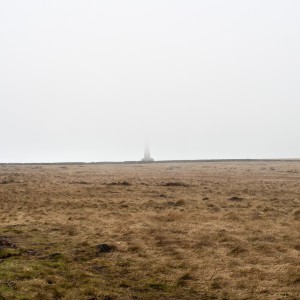 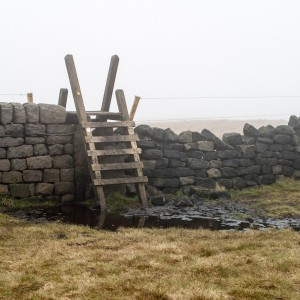 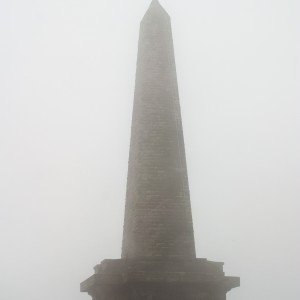 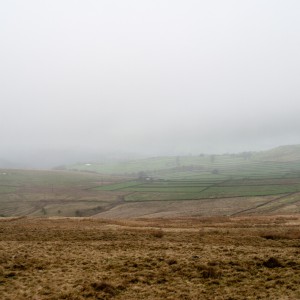 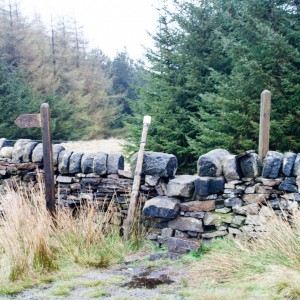 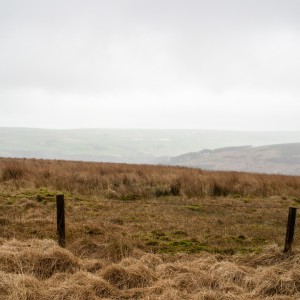 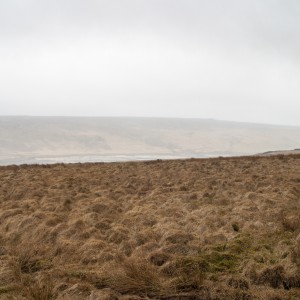 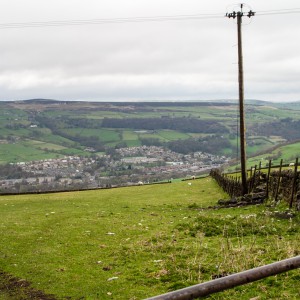 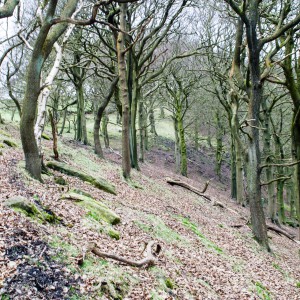 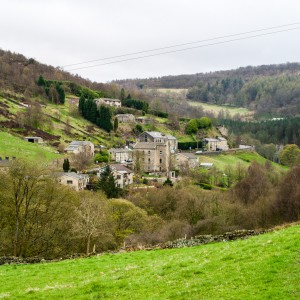 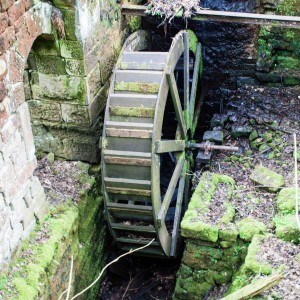 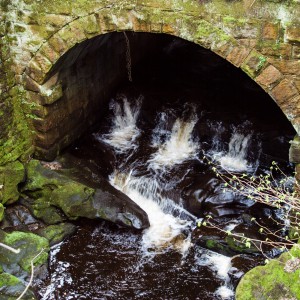